#4: Writing in Montana with Justin Franz

Justin Franz is a writer and photographer in Whitefish, Montana and a correspondent for Trains Magazine. We discuss railfanning with publication in mind, police blotters, mirrorless cameras, and the end of rail service in downtown Kalispell.

Publications You (Yes, You!) Could Write For

I was born and raised in Maine and started railfanning at a young age thanks to my dad. In the early 1990s, my dad gave me a point-and-shoot camera to play with whenever he went trackside but things didn't get serious until about 1994 when he gave me a Minolta X-370 and a roll of Kodachrome 64. There was no turning back after that. My dad and I spent the rest of the 1990s and early 2000s shooting in Northern New England and Eastern Canada. In 2007, I moved to Missoula, Montana to study journalism at the University of Montana (although some accused me of moving there to study Montana Rail Link). After I graduated in 2011, I moved to Whitefish where I currently work as a writer and photographer for a local newspaper. I also write for Trains Magazine, covering everything from preservation to labor relations.

I approach railroad photography as a journalist; I want my images to tell stories and so I often try to include people, industries and any other objects that help explain what the railroad does. Currently, most of my railfanning takes place in western Montana and southeastern British Columbia, but in the last year I've been fortunate enough to spend some quality time doing photography in Colorado, Maine and New Orleans. 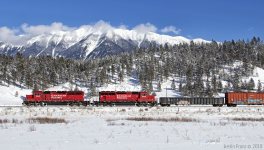 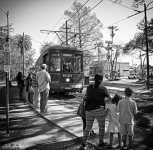 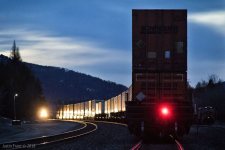