Walter Scriptunas II is a professional photographer based in West Virginia and Florida. We talk about shooting the final days of the Space Shuttle program (and the railroading involved in spaceflight) and the Ringling Brothers circus train.

I became interested in photography at ten years old. Growing up around the Cass Scenic Railroad State Park in West Virginia allowed me to form relationships that would help me grow as a photographer and put those skills to use in the other subjects I photographed.

My professional career began over a decade ago and has given me opportunities to see and do things that I am forever grateful for. My goal is to always bring the action to my audience and I put a lot of pressure on myself to do this to the best of my ability.

My assignments have allowed me to climb to the top of launch pads at Kennedy Space Center, crawl into the powered up Space shuttle, and witness dozens of rocket launches across the United States. I've also photographed many sporting events, including multiple Daytona 500 races. I have had the opportunity to see the cities of Los Angeles and San Fransisco by helicopter and more recently have become experienced multi-rotor operator and teacher.

My photographs have appeared on both television and in print throughout the world, including the New York Times, The Wall Street Journal, NASCAR Illustrated, Trains Magazine, Spaceflight Now, 60 Minutes, Politico, ESPN and National Geographic. 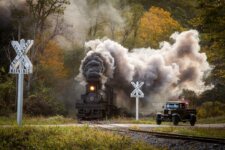 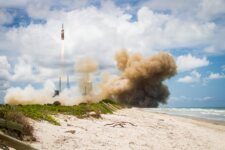 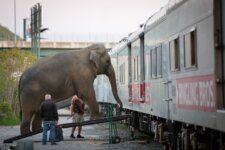